Join Napa Bookmine in partnership with Congregation Beth Shalom on Sunday, May 17, 2020 at 4:00PM PST for a Virtual Author Hour with author Rachel Biale and her new book GROWING UP AT SEA LEVEL: A KIBBUTZ CHILDHOOD.

To help us offset costs, you can also purchase Rachel's book in advance here. 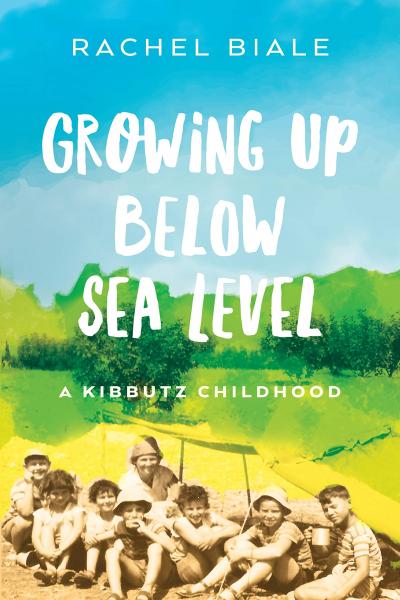 The kibbutz—a collectively owned and run community—holds a storied place in Israeli culture and history. This memoir of growing up on a kibbutz—juxtaposed with an account of her parents’ flight from the Holocaust—tells the quintessential story of Israel in the most intimate terms.

Drawing upon both her parents’ stories, a diary her mother kept in those years and letters her parents exchanged while her father served in the British army, Rachel Biale starts her memoir with a description of how her parents got to Israel and wound up on a kibbutz. She narrates their long trek—how her parents fled from Prague in 1939, their five-year journey of treacherous sea voyages and internments in British camps, and the socialist values that brought them to kibbutz and resettlement in Israel.

Born four years after the state of Israel came into being, Rachel continues her memoir with 24 stories that span her childhood -- from her earliest memories at age three to her departure from Israel to America at age twenty. The stories are structured as a chain of linked vignettes, a style employed by Israel’s most famous writer, Amos Oz, in such works as Between Friends (2010) and Scenes from Village Life (2009). Rachel’s childhood was spent in the kibbutz’s Children’s House. Growing up in an intense “children’s society,” the children were left to their own devices as early as kindergarten. Sometimes this meant precocious compassion, as when they helped a bed-wetter hide his shame by changing his sheets in the early morning before any adults arrived. Other times, it meant potentially dangerous escapades, fortunately resulting in no harm to anyone.

While these stories focus on the world of children in which she and her peers were ensconced, they also offer a window into the lives of the adult kibbutz members, including dark shadows of the Holocaust. Her relationship with her parents also animates many of these stories, showing how they stood out, sometimes to her great embarrassment, as irreverent individualists bucking an ideologically coercive community. Rachel’s parents lived on the kibbutz all their lives, though they soon realized that no community could live up to its utopian ideals on a day-to-day basis. Her youth, however, was a buoyant and robust one, which is why she chose the title Growing Up Below Sea Level: “We were minus 238! But for Kibbutz Ein Gedi on the shore of the Dead Sea (at minus 423), we were the lowest kibbutz on Earth. We were so proud!”

Rachel Biale’s fresh and vivid stories of her kibbutz childhood, raised in the biblical landscape of the Jordan River by European-born parents who had barely fled the Nazis, are pulsating with love and unblinking insight into early kibbutz life. I read these stories with amazement and deep personal recognition. -- Fania Oz-Salzberger, Israeli scholar raised on a kibbutz, co-author with her father, Amos Oz, of Jews and Words

A remarkable, haunting remembrance of worlds which are no more - the youthful world of Rachel Biale’s parents in Holocaust-era Europe, and that of her own childhood within the collectivist kibbutz of the 1950s and 60s. It is a book of secrets, unashamedly personal, of the kind of magical realism that comes from true stories that seem like folklore. -- Bradley Burston, Haaretz columnist

Many books about the kibbutz explain its logic as a collective. Rachel Biale’s lovely and deliberately modest book reveals one girl's story, where communal solidarity consoles the adults— Holocaust refugees—and cultivates her growth within and sometimes against the collective's struggle for its own existence. -- Bernard Avishai, columnist for The New Yorker, author of several books about Israel, including The Tragedy of Zionism and The Hebrew Republic 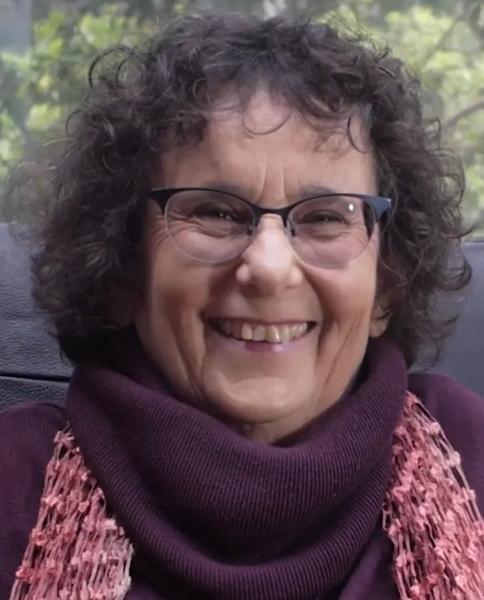 Rachel Biale was raised on Kibbutz Kfar Ruppin. After her IDF service, she completed her university education in the U.S. She is the author of Women and Jewish Law (1984), several illustrated children’s books, and What Now? 2-Minute Tips for Solving Common Parenting Challenges (2020), based on her clinical social work practice. She is also a calligrapher and illuminator of ketubot, Jewish marriage contracts.

Growing Up Below Sea Level: A Kibbutz Childhood (Paperback)

This beautifully written memoir is composed of linked stories about growing up on a kibbutz in Israel in the 1950s and 60s, when children spent most of their time, from birth on, in a Children's House. This memoir starts with a Prologue drawn from the diaries of Rachel Biale's mother and the letters her parents exchanged while her father served in the British army.