Due to COVID-19, this will be a virtual event hosted on Zoom.

Join Napa Bookmine on Wednesday, September 9th at 6:30PM PDT for virtual author hour with Devi S. Laskar and Yangsze Choo. The two authors will read from their books The Atlas of Reds and Blues and The Night Tiger, followed by an interview with local author and organizer of the Napa Valley Writers' Conference, Angela Pneuman.

This is a virtual event. You must RSVP to attend. Email read@napabookmine.com to RSVP. Once we receive your RSVP we'll send you the meeting link and password.

No purchase is necessary to attend, but if you are interested you can order both authors' books below.

This event is presented in partnership with the Napa Valley Book Festival. 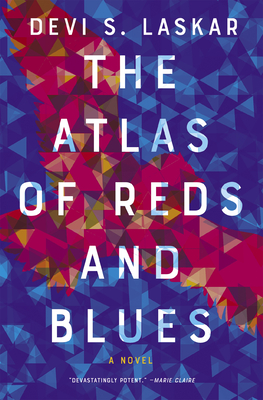 ABOUT THE ATLAS OF REDS AND BLUES

Named a Washington Post Best Book of the Year

"The entire novel takes place over the course of a single morning... and the effect is devastatingly potent." --Marie Claire

When a woman--known only as Mother--moves her family from Atlanta to its wealthy suburbs, she discovers that neither the times nor the people have changed since her childhood in a small Southern town. Despite the intervening decades, Mother is met with the same questions: Where are you from? No, where are you really from? The American-born daughter of Bengali immigrants, she finds that her answer--Here--is never enough. Mother's simmering anger breaks through one morning, when, during a police raid on her home, she finally refuses to be complacent--and suffers all-too-familiar consequences.

ABOUT THE NIGHT TIGER

Quick-witted, ambitious Ji Lin is stuck as an apprentice dressmaker, moonlighting as a dancehall girl to help pay off her mother’s Mahjong debts. But when one of her dance partners accidentally leaves behind a gruesome souvenir, Ji Lin may finally get the adventure she has been longing for.

Eleven-year-old houseboy Ren is also on a mission, racing to fulfill his former master’s dying wish: that Ren find the man’s finger, lost years ago in an accident, and bury it with his body. Ren has 49 days to do so, or his master’s soul will wander the earth forever.

As the days tick relentlessly by, a series of unexplained deaths racks the district, along with whispers of men who turn into tigers. Ji Lin and Ren’s increasingly dangerous paths crisscross through lush plantations, hospital storage rooms, and ghostly dreamscapes.

Yangsze Choo's The Night Tiger pulls us into a world of servants and masters, age-old superstition and modern idealism, sibling rivalry and forbidden love. But anchoring this dazzling, propulsive novel is the intimate coming-of-age of a child and a young woman, each searching for their place in a society that would rather they stay invisible. DEVI S. LASKAR is a native of Chapel Hill, North Carolina, and holds an MFA from Columbia University. The Atlas of Reds and Blues--winner of the 2020 Crook's Corner Book Prize--is her first novel. She lives in the San Francisco Bay Area. Find out more at devilaskar.com.

Yangsze Choo is the author of two novels, The Ghost Bride, which was recently adapted for a Netflix original series, and The Night Tiger, a New York Times bestseller and Reese Witherspoon Book Club pick. A fourth generation Malaysian of Chinese descent, Yangsze loves to eat and read, and often does both at the same time. Neither of her books would have been possible without large quantities of dark chocolate.

Angela Pneuman is the author of the novel Lay It on My Heart and the collection of short stories Home Remedies (Harcourt Houghton Mifflin). Her work has appeared in Best American Short Stories, Ploughshares, New England Review, Virginia Quarterly Review, Los Angeles Review, Salon, The Believer, The Rumpus, and other literary magazines. She teaches creative writing in the Continuing Studies program at Stanford, where she was a Stegner Fellow; she also serves as executive director of the Napa Valley Writers' Conference and is at work on another novel.

The Night Tiger: A Novel (Paperback)

“A sumptuous garden maze of a novel that immerses readers in a complex, vanished world.” —Kirkus (starred review)

The Atlas of Reds and Blues (Paperback)

Named a Washington Post Best Book of the Year

"The entire novel takes place over the course of a single morning... and the effect is devastatingly potent." --Marie Claire