Kick off National Poetry Month with poets Marcelo Hernandez Castillo, Brynn Saito, and Tess Taylor on Thursday, April 1st 1t 7:00PM PT! In a wide-ranging discussion, these three will read selections that speak to the heart of Californian life, from the immigrant experiences of the past and present, to the cascading crises of our precarious modern world.

Readers of Brynn Saito’s second collection of poetry, Power Made Us Swoon, will traverse the terrain of personal and historical memory: narrative poems about family, farming towns, girlhood, and bravery are interspersed with lyric poetry written from the voice of a stone found in a Japanese American internment camp during the wartime incarceration.

In this highly lyrical, imagistic debut, Cenzontle, Marcelo Hernandez Castillo creates a nuanced narrative of life before, during, and after crossing the US/Mexico border. These poems explore the emotional fallout of immigration, the illusion of the American dream via the fallacy of the nuclear family, the latent anxieties of living in a queer brown undocumented body within a heteronormative marriage, and the ongoing search for belonging.

This is a free event. If you are able, a donation of $5 is suggested to help us cover costs. Donate here.  Scroll down for a selection of works from each of the participating poets. 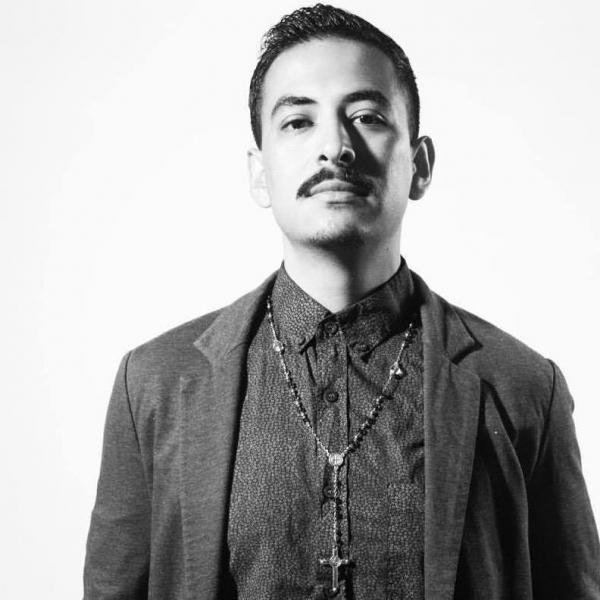 Marcelo Hernandez Castillo is a poet, essayist, translator, and immigration advocate. He is the author of Cenzontle, which was chosen by Brenda Shaughnessy as the winner of the 2017 A. Poulin, Jr. Prize published by BOA editions in 2018, as well as the winner of the Great Lakes Colleges Association New Writer Award for poetry, the 2019 Golden Poppy Award from the Northern California Independent Booksellers Association, and the Bronze in the FOREWORD INDIE best book of the year. Cenzontle is also a finalist for the Lambda Literary Award, the California Book Award, the Publishing Triangle's Thom Gunn Award for Gay Poetry, and the Northern California Book Award. Cenzontle was listed among one of NPR's and the New York Public Library top picks of 2018. His first chapbook, DULCE, won the Drinking Gourd Poetry Prize published by Northwestern University press. His memoir, Children of the Land is forthcoming from Harper Collins in 2020.

He was born in Zacatecas, Mexico and immigrated to the California central valley. As an AB540 student, he earned his B.A. from Sacramento State University and was the first undocumented student to graduate from the Helen Zell Writers Program at the University of Michigan. He is a founding member of the Undocupoets campaign which successfully eliminated citizenship requirements from all major first poetry book prizes in the country and was recognized with the Barnes and Noble Writers for Writers award. He has helped to establish The Undocupoet Fellowship which provides funding to help curb the cost of submissions to journals and contests for undocumented writers.

He is the translator of the Argentinian modernist poet, Jacobo Fijman and is currently at work translating the poems of the contemporary Mexican Peruvian poet Yaxkin Melchy. He co-translated the work of the Mexican poet Marcelo Uribe with C.D. Wright before her untimely passing.

His work has been adopted to opera through collaboration with the composer Reinaldo Moya and has appeared or been featured in The New York Times, The Paris Review, The Academy of American Poets, PBS Newshour, Fusion TV, Buzzfeed, Gulf Coast, New England Review, People Magazine, and Indiana Review, among others.

A graduate of the Canto Mundo Latinx Poetry fellowship, he has also received fellowships to attend the Vermont Studio Center and the Squaw Valley Writers Workshop. He teaches at the Ashland Low-Res MFA Program and teaches poetry workshops for incarcerated youth in Northern California. 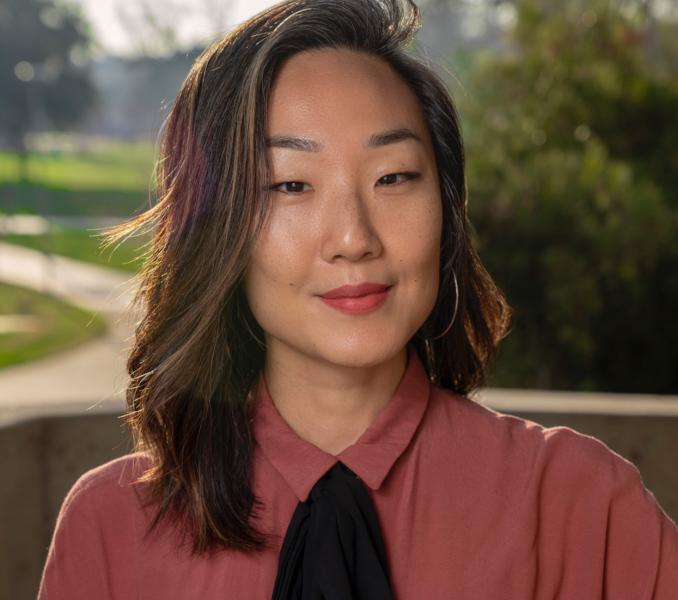 Brynn Saito is the author of two books of poetry, Power Made Us Swoon (2016) and The Palace of Contemplating Departure (2013), winner of the Benjamin Saltman Award from Red Hen Press and a finalist for the Northern California Book Award. She’s the curator of an online project/chapbook, Dear—, and she co-authored with Traci Brimhall the poetry chapbooks Bright Power, Dark Peace (Diode Editions, 2016) and Wild Recovery, published in Four Quartets: Poetry in the Pandemic (Tupelo Press, 2020). Brynn co-founded Yonsei Memory Project and has received support from Densho, Hedgebrook, Santa Fe Arts Institute and the California State Library’s Civil Liberties Public Education grant. Brynn is an assistant professor of Creative Writing in the English Department at California State University, Fresno. 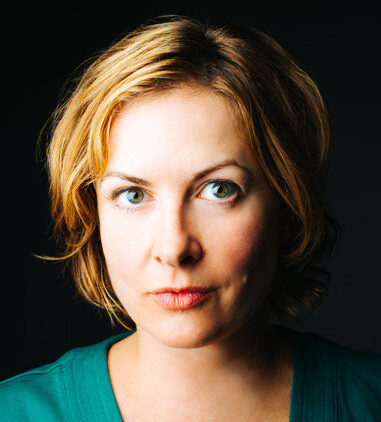 Tess Taylor, who Ilya Kaminsky recently hailed as “the poet for our moment” resides in El Cerrito, California. Her poems have received wide national and international acclaim.  Taylor’s chapbook, The Misremembered World, was selected by Eavan Boland for the Poetry Society of America’s inaugural chapbook competition. The San Francisco Chronicle called her first book, The Forage House, (an exploration of hidden family histories through archive and shard) “stunning,” and it was a finalist for the Believer Poetry Award.  Taylor’s second book, Work & Days—a farm journal for a small organic farm—was called “our moment’s Georgic” by Harvard based critic Stephanie Burt, and named one of the 10 best books of poetry in 2016 by the New York Times. Taylor’s third book, Last West, is a hybrid photo and poetry book retracing the steps of Dorothea Lange in California. Revisiting the landscapes where Lange photographed (including the site of Migrant Mother) Taylor documents the uneasy, haunting echoes between past and present.  This work appeared as part of the Dorothea Lange: Words & Pictures exhibition at MoMA in February 2020. Taylor’s fourth book of poems, Rift Zone, traces literal and metaphoric fault lines—rifts between past and present, childhood and adulthood, what is and what was. Rift Zone was hailed by Stephanie Danler as “brilliant” in the LA Times, and Naomi Shihab Nye called it “stunning” in The New York Times.Rift Zone was also named one of the best books of 2020 by The Boston Globe.

In addition to her life as a poet, Taylor is a nationally known critic. She has spent 10 years as the poetry reviewer for NPR’s All Things Considered, and writes editorials and book reviews for CNN and The New York Times. Taylor’s poems and nonfiction have appeared in The Atlantic, Boston Review, Harvard Review, Virginia Quarterly Review, The Times Literary Supplement, Travel & Leisure, and other publications.  In recent years, Taylor has received fellowships from Harvard’s Woodberry Poetry Room, the MacDowell Colony, the MARBL archive at Emory University, the Headlands Center for the Arts, and the International Center for Jefferson Studies. Taylor chaired the poetry committee of the National Book Critics Circle for 6 years.  Taylor has taught at UC Berkeley, St. Mary’s College and UC Davis, as well as serving as Visiting Professor at Whittier College and Distinguished Fulbright US Scholar at the Seamus Heaney Centre at Queen’s University in Belfast, where she worked alongside Northern Irish poets Sinead Morrissey, Michael Longley, and Ciaran Carson. She is currently on the faculty of Ashland University’s Low-Res MFA.

Children of the Land: A Memoir (Paperback)

An NPR Best Book of the Year

An Entertainment Weekly, The Millions, and LitHub Most Anticipated Book of the Year

RIFT ZONE, Taylor's much-anticipated fourth book traces literal and metaphoric fault lines--rifts between past and present, childhood and adulthood, what is and what was.

Power Made Us Swoon (Paperback)

Guided by the character of the Woman Warrior—witty, swift, and ruthless in her wonder—readers of Brynn Saito’s second collection of poetry traverse the terrain of personal and historical memory: narrative poems about family, farming towns, girlhood, and bravery are interspersed with lyric poetry written from the voice of a stone found in a Japanese American internment camp dur

The Palace of Contemplating Departure (Paperback)

Brynn Saito’s debut collection of poetry begins in a cityscape and ends “deep in the cloud-filled valley,” traversing myriad terrains—both emotional and physical—as it weaves towards completion.