Sandy Hyland, a marriage counselor, thinks there is a one-in-a-thousand chance of saving Steve and Gretchen’s marriage. Living in San Francisco with two children and demanding jobs, they’re recently separated. Steve had an affair; Gretchen is in love with someone else. But what if, against all odds, they could make it work? John Jay Osborn’s Listen to the Marriage is the story of a fractured couple in a moment of crisis, and of the therapist who forces them to make the changes they can’t on their own. No deals, no easy compromises—they’ll have to become fundamentally different people. Unfolding over the course of ten months and taking place entirely in the marriage counselor’s office, Listen to the Marriage is a poignant, spot-on depiction of the process and power of marriage counseling, of what it can do for a couple with seemingly no hope, no option but divorce. A captivating exploration of a partnership, Listen to the Marriage shows us the obstacles we put in the way of our own happiness, and love’s manifold ability to bring us together.

An NPR Best Book of the Year, now in paperback! 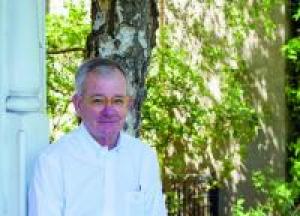 “A mind-expanding examination of the alchemy of two people joining in marriage . . . Why get married? This novel is an argument in favor.”—Justine Kenin, NPR

“A nuanced portrait of what makes a marriage work . . . It takes dedication, self-reflection, and lots and lots of communication . . . Emotionally intelligent and deeply felt.”—Publishers Weekly

Listen to the Marriage: A Novel (Paperback)

A riveting drama of marital therapy