An Evening of Crime & Mystery with Dietrich Kalteis & Jill Hedgecock 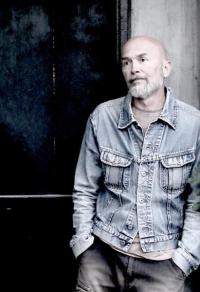 Call Down the Thunder by Dietrich Kalteis

Sonny and Clara Myers struggle on their Kansas farm in the late 1930s, a time the Lord gave up on: their land’s gone dry, barren, and worthless; the bankers are greedy and hungry, trying to squeeze them and other farmers out of their homes; and, on top of that, their marriage is in trouble. The couple can struggle and wither along with the land or surrender to the bankers and hightail it to California like most of the others. Clara is all for leaving, but Sonny refuses to abandon the family farm. In a fit of temper, she takes off westward in their old battered truck. Alone on the farm and determined to get back Clara and the good old days, Sonny comes up with an idea, a way to keep his land and even prosper while giving the banks a taste of their own misery. He sets the scheme in motion under the cover of the commotion being caused by a rainmaker hired by the mayor to call down the thunder and wash away everyone’s troubles. 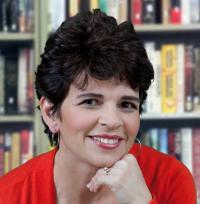 Between Shadow’s Eyes by Jill Hedgecock

After orphaned sixteen-year-old Sarah Whitman rescues a Doberman, her secret living situation is jeopardized. Shadow’s incessant barking has drawn unwanted attention from the authorities. Desperate to keep her pet, Sarah turns to an animal behaviorist, Dr. Claudia Griffin, only to be informed that Shadow barks because her house is haunted. Sarah is skeptical until a chance discovery reveals that she can see ghosts through Shadow by placing her fingers between her dog’s eyes—an act that inadvertently draws her into a deadly feud instigated by Dr. Griffin. Can Sarah find a way to save herself and Shadow?

Jill Hedgecock is an award-winning and internationally-published author. She writes monthly book review and dog rescue columns for The Diablo Gazette, an East Bay entertainment magazine. She also regularly contributes to Books N’ Pieces Magazine as well as The Daily Brunch, an online magazine based in India. Rhino in the Room, her debut novel, was a 2019 New Apple Literary Medalist Winner for Excellence in Indie Publishing. She lives in the East San Francisco Bay Area with her husband and three rescue dogs.

Call Down the Thunder: A Crime Novel (Paperback)

"Fans of historical crime fiction won't want to miss this one." -- Publishers Weekly