The Perfect Dictatorship: China in the 21st Century (Paperback) 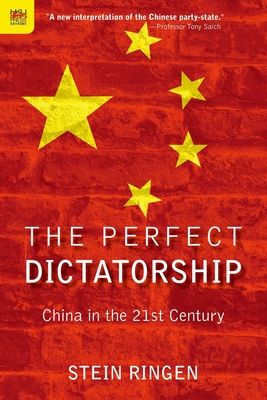 The Perfect Dictatorship: China in the 21st Century (Paperback)

The Chinese system is like no other known to man, now or in history. This book explains how the system works and where it may be moving. Drawing on Chinese and international sources, on extensive collaboration with Chinese scholars, and on the political science of state analysis, the author concludes that under the new leadership of Xi Jinping, the system of government has been transformed into a new regime radically harder and more ideological than the legacy of Deng Xiaoping. China is less strong economically and more dictatorial politically than the world has wanted to believe. By analysing the leadership of Xi Jinping, the meaning of ‘socialist market economy’, corruption, the party-state apparatus, the reach of the party, the mechanisms of repression, taxation and public services, and state-society relations, the book broadens the field of China studies, as well as the fields of political economy, comparative politics, development, and welfare state studies.
Stein Ringen is emeritus professor at the University of Oxford. He brings to this study extensive experience of state analysis in America, Britain, Scandinavia, Europe, and Korea. He is the author, most recently, of Nation of Devils: Democratic Leadership and the Problem of Obedience.
‘A new interpretation of the Chinese party-state—shows the advantage that derives from a comparative theorist looking at the Chinese system.’ —Tony Saich, Harvard University

‘This is an excellent book which asks important questions about China’s future. In a lively and persuasive manner, the author vividly analyses key data in a comparative and theoretical manner. Far and away the best introduction to how the CCP dictatorship works.’ —Edward Friedman, University of Wisconsin-Madison

‘There is no lack of scholars and pundits abroad who tell us that dictatorship in China is for the greater good. In a timely and engagingly written book, Stein Ringen systematically demolishes all the components of this claim.’ —Frank Dikötter, University of Hong Kong

‘Stein Ringen shows how the Chinese state has used both fear and material inducements to build a “controlocracy” of a size and complexity unprecedented in world history. Perfect as a dictatorship, but brutal, destructive, and wasteful. The author’s encyclopedic understanding of his topic is based on a mastery of relevant scholarship and is delivered in clear, no-nonsense prose that bows to no one. Ideal as a textbook.’ —Perry Link, University of California, Riverside

‘China is a complex country, and there is a range of reasonable interpretations of its political system. Professor Ringen’s interpretation is different than my own, but China watchers need to engage with his thought-provoking and carefully argued assessment. If current trends of repression intensify, less pessimistic analysts will need to recognise that Ringen’s analysis may have been prescient.’ —Daniel A. Bell, Tsinghua University