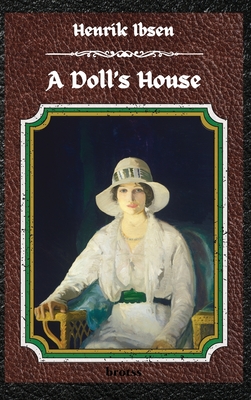 Henrik Johan Ibsen (20 March 1828 - 23 May 1906) was a Norwegian playwright and theatre director. As one of the founders of modernism in theatre, Ibsen is often referred to as "the father of realism" and one of the most influential playwrights of his time. His major works include Brand, Peer Gynt, An Enemy of the People, Emperor and Galilean, A Doll's House, Hedda Gabler, Ghosts, The Wild Duck, When We Dead Awaken, Rosmersholm, and The Master Builder. Ibsen is the most frequently performed dramatist in the world after Shakespeare, and A Doll's House was the world's most performed play in 2006.

Ibsen's early poetic and cinematic play Peer Gynt has strong surreal elements. After Peer Gynt Ibsen abandoned verse and wrote in realistic prose. Several of his later dramas were considered scandalous to many of his era when European theatre was expected to model strict morals of family life and propriety. Ibsen's later work examined the realities that lay behind the facades, revealing much that was disquieting to a number of his contemporaries. He had a critical eye and conducted a free inquiry into the conditions of life and issues of morality. In many critics' estimates, The Wild Duck and Rosmersholm are "vying with each other as rivals for the top place among Ibsen's works"; Ibsen himself regarded Emperor and Galilean as his masterpiece.Ibsen is often ranked as one of the most distinguished playwrights in the European tradition and is widely regarded as the foremost playwright of the nineteenth century. He influenced other playwrights and novelists such as George Bernard Shaw, Oscar Wilde, Arthur Miller, James Joyce, Eugene O'Neill, and Miroslav Krleza. Ibsen was nominated for the Nobel Prize in Literature in 1902, 1903, and 1904.

Ibsen wrote his plays in Danish (the common written language of Denmark and Norway during his lifetime) and they were published by the Danish publisher Gyldendal. Although most of his plays are set in Norway-often in places reminiscent of Skien, the port town where he grew up-Ibsen lived for 27 years in Italy and Germany and rarely visited Norway during his most productive years. Ibsen's dramas were informed by his own background in the merchant elite of Skien, and he often modeled or named characters after family members. He was the father of Prime Minister Sigurd Ibsen. Ibsen's dramas had a strong influence on contemporary culture.

A Doll's House is a three-act play written by Norwegian playwright Henrik Ibsen. It premiered at the Royal Theatre in Copenhagen, Denmark, on 21 December 1879, having been published earlier that month. The play is set in a Norwegian town circa 1879.

The play is significant for the way it deals with the fate of a married woman, who at the time in Norway lacked reasonable opportunities for self-fulfillment in a male-dominated world, despite the fact that Ibsen denied it was his intent to write a feminist play. It aroused a great sensation at the time and caused a "storm of outraged controversy" that went beyond the theatre to the world newspapers and society.

In 2006, the centennial of Ibsen's death, A Doll's House held the distinction of being the world's most performed play that year. UNESCO has inscribed Ibsen's autographed manuscripts of A Doll's House on the Memory of the World Register in 2001, in recognition of their historical value.

The title of the play is most commonly translated as A Doll's House, though some scholars use A Doll House. John Simon says that A Doll's House is "the British term for what Americans] call a 'dollhouse'". Egil T rnqvist says of the alternative title: "Rather than being superior to the traditional rendering, it simply sounds more idiomatic to A.