The Detective: And Other True Stories (Paperback) 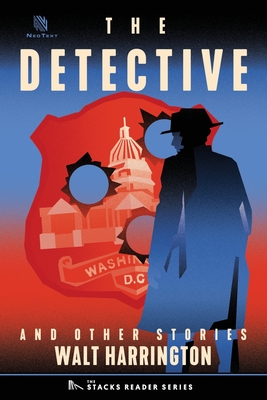 The Detective: And Other True Stories (Paperback)

Walt Harrington has been one of the most impactful journalists in the modern wave of long-form creative nonfiction. The Detective: And Other True Stories features some of the highlights of Harrington's long career as an award-winning author, Washington Post Magazine writer, journalism professor/university administrator, and mentor to several generations of writers that have followed him in the practice of his Intimate Journalism, codified in a much-assigned university textbook he wrote to codify his practice and philosophy of the craft.

In the title piece, Harrington embeds with a homicide detective during the height of the crack and murder epidemic of the 1990s. In "A Narrow World Made Wide," he embeds in quite a different environment, the writing studio of U.S. Poet Laureate Rita Dove. From there he takes the reader through the looking glass of the exacting, protracted, ritualized, and intimate process of writing a single poem-becoming in the process a story about the ethereal act of creativity itself.

Other stories include: a Harvard Law School grad who eschews a big-bucks job to make $24,000 a year trying to save convicted felons from death sentences; the trials and joys of a pair of sisters as they do their best to care for their aged, once-powerful father; an insider's look at the extraordinary life of civil rights pioneer Rosa Parks; a deeply reported profile of the 41st president of the U.S., George Herbert Walker Bush, followed by an account of the unlikely friendship Harrington developed with the 43rd president, George W. Bush, known as Dubya. Finally, Harrington turns his thoughts inward with an essay about his own father and son, and the bridge between the generations.

Each Harrington story is a precious gem, mined, cut, polished, and set by a master craftsman. Like a valuable piece of woodwork or a beautiful song, they stand alone as totems of thought and ideas, artful and full of insight. By chronicling the ordinary lives of the famous and obscure with hard-eyed compassion, Harrington reveals not only the true natures of his subjects but also the values they hold within the cultures they inhabit. In this way, his stories are as much about his readers as his subjects, a clue to understanding the conditions of others, something that could well serve our divided world of today.