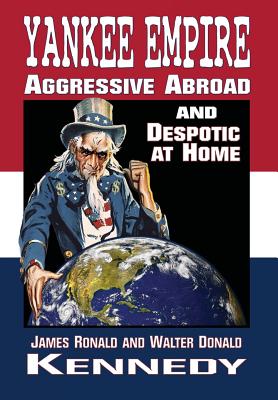 In 1866, the year after the War for Southern Independence, General Robert E. Lee reflected on the results of the war. Responding to a British historian, he wrote that he feared that the U.S. would now follow the path of all consolidated governments. It would become "aggressive abroad and despotic at home." It was as accurate a prophecy as has ever been made. "Unfortunately, for the people of the South and the world," write the Kennedys in their latest groundbreaking book, "General Lee's prediction has become our reality."The South was the first "captive nation" of the Yankee Empire. The authors show, with chapter and verse, how that empire of greed and phony moralism, after the conquest of Dixie, became continuingly "aggressive abroad," bringing the U.S. to its now imperial posture. The Kennedys' work in YANKEE EMPIRE is inspired by the history and condition of their Southern homeland, but it is stunningly "relevant" reading for anyone concerned about the dubious role of the U.S. in the world today. The Kennedys continue to be the bravest and most eloquent defenders of the South in their many books. This work ranks with their best-selling THE SOUTH WAS RIGHT and their recently published PUNISHED WITH POVERTY, as an original and compelling revision of American history.