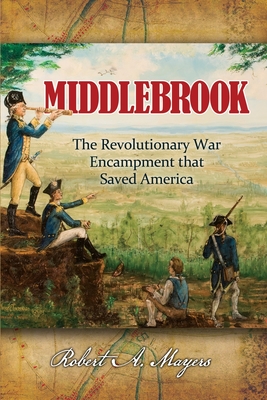 The Revolutionary War encampments of George Washington's Continental Army at Middlebrook and nearby Pluckemin, New Jersey, have been neglected in history. These places were critical to the American struggle during the Middle Atlantic campaigns. The highlands and surrounding valleys of this natural fortress were the location of two major encampments of Washington's Continental Army---a harrowing seven weeks during the early summer of 1777, and during the entire winter of 1778-1779. What is astonishing is that the American Army spent close to nine months here, yet this hub of the American Revolution has languished in obscurity and virtually disappeared from national awareness for over 200 years.

These campgrounds served as the center of operations for American forces through much of the war and during many of its darkest hours. Most significant is that at Middlebrook, where during the winter of 1778-1779 the raw American Army matured into a cohesive fighting power capable of defeating the British forces, who were regarded at the time as the best trained and equipped army in the world. Unlike Valley Forge and Jockey Hollow, that have been so eulogized that they are familiar to most school children, this sacred land, where decisive events occurred that changed the course of the war, is now built over by suburban creep, rarely marked, shrouded in mystery and mythology, and fading from the collective American memory.