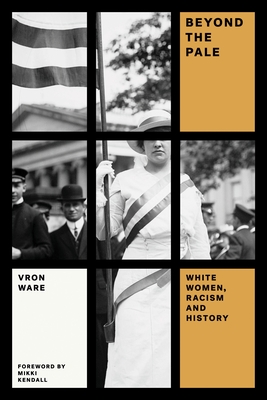 
Send us an inquiry for availability information on this title!
How have ideas about white women figured in the history of racism? Vron Ware argues that they have been central, and that feminism has, in many ways, developed as a political movement within racist societies. Dissecting the different meanings of femininity and womanhood, Beyond the Pale examines the political connections between black and white women, both within contemporary racism and feminism, as well as in historical examples like the anti-slavery movement and the British campaign against lynching in the United States. Beyond the Pale is a major contribution to anti-racist work, confronting the historical meanings of whiteness as a way of overcoming the moralism that so often infuses anti-racist movements.
Vron Ware is a Professor of Sociology and Gender Studies at Kingston University, UK. Her books include Out of Whiteness: Colour, Politics, and Culture (with Les Back), Who Cares about Britishness? and Military Migrants: Fighting for YOUR country.
“Vron Ware’s Beyond the Pale is not a breath of fresh air, it’s a blast.”
—Women’s History Review

“One of Ware’s … most striking case-studies.”
—London Review of Books