Ghislaine Maxwell: Epstein and the Fall of America's Most Notorious Socialite (Paperback) 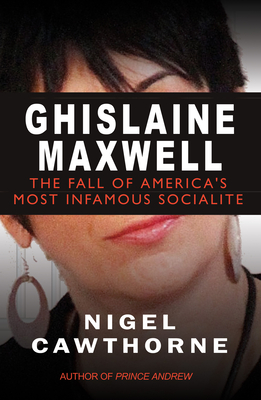 Ghislaine Maxwell: Epstein and the Fall of America's Most Notorious Socialite (Paperback)

Ghislaine Maxwell's life of privilege was unimaginable. Her jetset world was not only made up of Presidents, top billionaires, Hollywood stars, Kennedys and Rockefellers, but also of princes, princesses, dukes and duchesses, all as regular friends - including university friend Prince Andrew, the favorite son of the Queen of England. Yet she still wanted more. Ghislaine met shadowy billionaire Jeffrey Epstein and amassed a fortune of almost $30 million over the course of their friendship. After her arrest by the FBI in July 2020 on sex-trafficking charges - almost a year to the day of Epstein's second arrest - Maxwell decided to fight the charges even when $30 million bail was refused on several occasions by the judge. GHISLAINE MAXWELL leaves no stone unturned and is the first investigation based on all new sources available. An explosive true story, GHISLAINE MAXWELL is a riveting tale of wealth, power and the almost impervious Teflon power surrounding America's richest circles. Find out the breath-taking real story behind the headlines, programs and documentaries, allegations and counter-allegations.

Nigel Cawthorne started his writing career at the FINANCIAL TIMES and is the author of several books on film history, as well as a biography of Ian Fleming. He has appeared on Sky, ITV, STV and BBC radio 4 and written for the Daily Mail, Telegraph and Sunday Telegraph and other papers. He lives in Bloomsbury, London.