America’s #1 Adversary: And What We Must Do About It – Now! (Paperback) 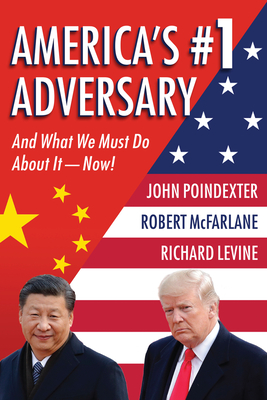 America’s #1 Adversary: And What We Must Do About It – Now! (Paperback)

Three distinguished experts and policy practitioners declare: "Despite the wrongs committed against China in the past, the People’s Republic of China must not represent the future, for it is corrupt. Harking back to what Ronald Reagan did to spur the dissolution of the Union of Soviet Socialist Republics, the United States must enunciate that its objective is the peaceful end of the Communist Party of China. China existed for four thousand years before the formation of a communist junta within its borders; China can only achieve greatness combined with liberty and wealth if it frees itself from one-party rule and the despotism this type of government always brings.”

America is doomed to collapse under a multi-pronged attack led by the PRC and by statists in our midst. We must return in great haste to the Judeo-Christian principles upon which we were founded, which made us the most prosperous, secure, and generous nation in human history.

“If you care about the future of America, you need to read America’s #1 Adversary — now!" —LTG William G. “Jerry” Boykin, former commander, U.S. Army Special Forces, and author of seven books including his autobiography, Never Surrender