After the Cataclysm: The Political Economy of Human Rights: Volume II (Paperback) 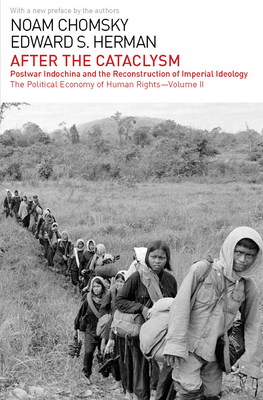 After the Cataclysm: The Political Economy of Human Rights: Volume II (Paperback)


Not On Our Shelves, Warehouse ships in 1-5 Days
With a new preface by the authors, this companion book to The Washington Connection and Third World Fascism, dissects the aftermath of the war in Southeast Asia, the refugee problem, the Vietnam/Cambodia conflict and the Pol Pot regime.

Noam Chomsky: Professor emeritus at the Massachusetts Institute of Technology, Noam Chomsky is widely regarded to be the foremost critic of U.S. foreign policy in the world. He has published a multitude of books, articles and essays on global politics, history, and linguistics. Among his recent books includes Hegemony or Survival, published by Haymarket Books in audiobook format, with Brian Jones reading. Edward S. Herman is an American economist and media analyst with a specialty in corporate and regulatory issues as well as political economy and the media. He is Professor Emeritus of Finance at the Wharton School of the University of Pennsylvania.