The Problem of Increasing Human Energy: With Special Reference to the Harnessing of the Sun's Energy (Paperback) 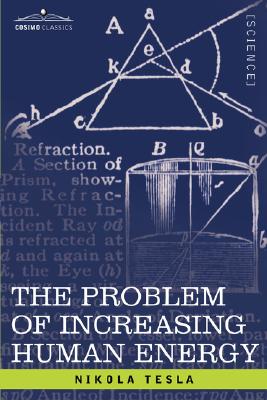 The Problem of Increasing Human Energy: With Special Reference to the Harnessing of the Sun's Energy (Paperback)

Part philosophical ponderings on humanity's relationship to the universe, part scientific extrapolation on what technological advancement might bring to that understanding, this long essay, first published in Century Illustrated Magazine in June 1900, is yet another example of the genius of Serbian inventor NIKOLA TESLA (1857-1943), the revolutionary scientist who forever changed the scientific fields of electricity and magnetism. From the possibilities presented by robotics to the "civilizing potency of aluminum," from a "self-acting engine" to one of the first proposals to use solar power to run industrial civilization, and much more, this is a wide-ranging but illuminating look into the thoughts of an unsung hero of scientific philosophy.