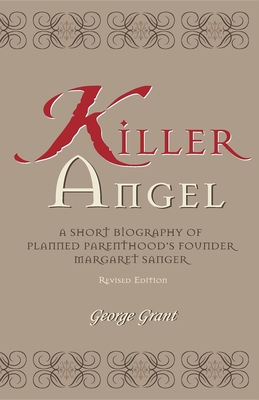 
Send us an inquiry for availability information on this title!
A Shocking Look at Feminism's Patron Saint

Margaret Sanger, the founder of Planned Parenthood, has been the subject of adoring television dramas and enthusiastic biographies, but her life and work were anything but inspiring. Killer Angel is a close-up look at Sanger that brings to light much that has been ignored or suppressed in most of the films and books that are available today.

Sanger's personal life was marked by tumult and immorality. The views underlying her formation of the American Birth Control League (renamed Planned Parenthood after World War II) were racist and White Supremacist. Her personal friend and advisor Ernst Rudin, Adolph Hitler's director of genetic sterilization, was deeply involved in the American Birth Control League. And she hated all religion, Christianity in particular. These are just a few of the revelations to be found in this revised edition of a work that has opened many eyes to aspects of Sanger's work that have been largely ignored until now.