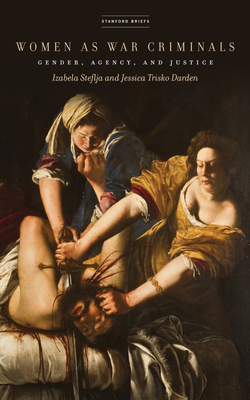 Women war criminals are far more common than we think. From the Holocaust to ethnic cleansing in the Balkans to the Rwandan genocide, women have perpetrated heinous crimes. Few have been punished. These women go unnoticed because their very existence challenges our assumptions about war and about women. Biases about women as peaceful and innocent prevent us from seeing women as war criminals--and prevent postconflict justice systems from assigning women blame.

Women as War Criminals argues that women are just as capable as men of committing war crimes and crimes against humanity. In addition to unsettling assumptions about women as agents of peace and reconciliation, the book highlights the gendered dynamics of law, and demonstrates that women are adept at using gender instrumentally to fight for better conditions and reduced sentences when war ends.

The book presents the legal cases of four women: the President (Biljana Plavsic), the Minister (Pauline Nyiramasuhuko), the Soldier (Lynndie England), and the Student (Hoda Muthana). Each woman's complex identity influenced her treatment by legal systems and her ability to mount a gendered defense before the court. Justice, as Steflja and Trisko Darden show, is not blind to gender.