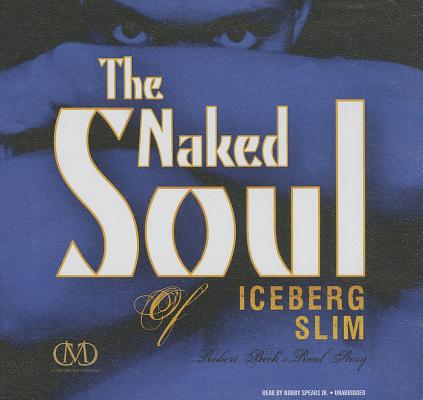 In The Naked Soul of Iceberg Slim, the fierce and lyrical icon for criminal reformation describes himself as ill...from America's fake fa├ ade of justice and democracy. For Iceberg Slim, the illness may have been a detriment, but for us it's a gift. His tales serve as a chilling reminder that we are all inmates of one prison or another, and the time to break free has arrived. Iceberg Slim's story is now depicted in a major motion picture, Iceberg Slim: Portrait of a Pimp, which shows his transformation from pimp to the author of seven classic books.

Offering brutal, difficult-to-swallow tales from the underground, this book exposes the author's inner workings in a way none of his others have, resulting in a straight-out, heartfelt confession.

As if Iceberg Slim's charismatic words weren't enough to evoke the essence of this time in his life--the LA underground of the 1960s--each character carries their own baggage, struggles, and influence on Slim's vision of the world.