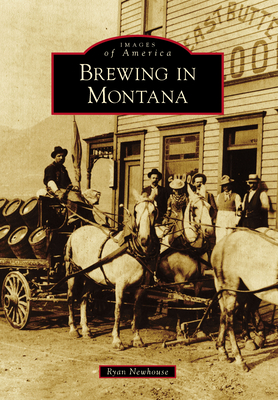 
Send us an inquiry for availability information on this title!
Montana can trace its brewing roots back more than 150 years to when a barrel of beer was brewed in Virginia City and carried to the town saloon. Since then, Montana has seen breweries large and small erupt along cattle trails and at train stations and riverside trading posts. Some of the brewers and breweries set in Montana were the foundations of future, national-brand breweries, having unique ties to Olympia Brewing and Pabst Brewing Company. And like many other states across the country, Montana was not immune to Prohibition, though not every brewer laid down without a fight. The breweries in the Big Sky state showed resilience when needed, but more so, they were reflections of the diverse communities and economies the state fostered. Fortunately, when Montana's mines began to dry up, agriculture took over, and even in the early 20th century, state officials documented in the Seventh Annual Report 1900-1901 that Montana could be one the chief beer producing states in the nation because of the amount of barley growing on the land.